You Can't Chew That 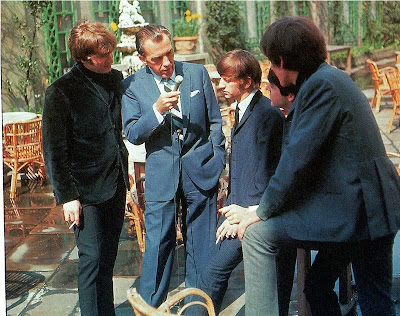 To promote A Hard Day's Night in America, an exclusive outtake from the film ("You Can't Do That", shot March 31st at the Scala Theatre) was aired on The Ed Sullivan Show May 24th, 1964. The clip was prefaced by an exclusive interview with Ed, filmed April 17th in the garden of Les Ambassadeurs club in London. 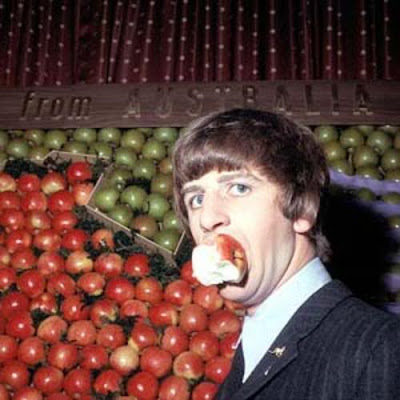 Five days later, the group put in an appearance at London's Australia House, plugging their upcoming tour Down Under. As well as munching on Tasmanian apples, Ringo was filmed holding up a map of Australia and chatting with reporters.
Posted by DinsdaleP at 2:07 PM