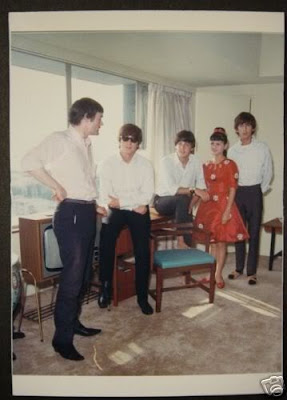 When Ringo succumbed to an attack of pharyngitis and tonsilitis during a June 3rd, 1964, photo shoot, it was panic stations time in the Beatles' camp.
With the band due to begin a month-long world tour the following day, the call went out for a replacement drummer (much to George Harrison's displeasure). Session man Jimmy Nicol found himself at EMI Studios that evening, quickly rehearsing a few numbers with the others. 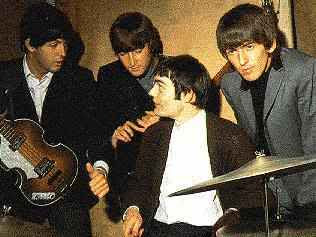 The next morning, John, Paul, George, and Jimmy set off from London Airport to Copenhagen, Denmark, the first stop on the tour. The airport arrival was covered by a local reporter, and they also filmed a TV interview prior to their two concerts at KB Hallen that evening.
Posted by DinsdaleP at 3:36 PM