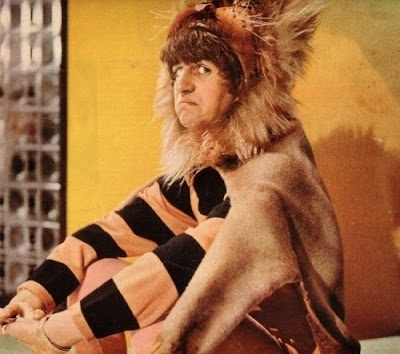 On April 28th, 1964, The Beatles spent all day at Wembley Studios rehearsing for and then videotaping a TV special, Around The Beatles. Backstage, they were interviewed by Swedish radio personality Klas Burling, mostly about the songs in their upcoming movie, A Hard Day's Night.
Murray the "K" had a brief cameo in Around The Beatles, and spent the week prior recording interviews, in between rehearsing and partying with the group at the Ad Lib club. The highlights are John's readings of his own poems, "I Sat Belonely" and "A Surprise For Little Bobby".
Posted by DinsdaleP at 3:35 PM