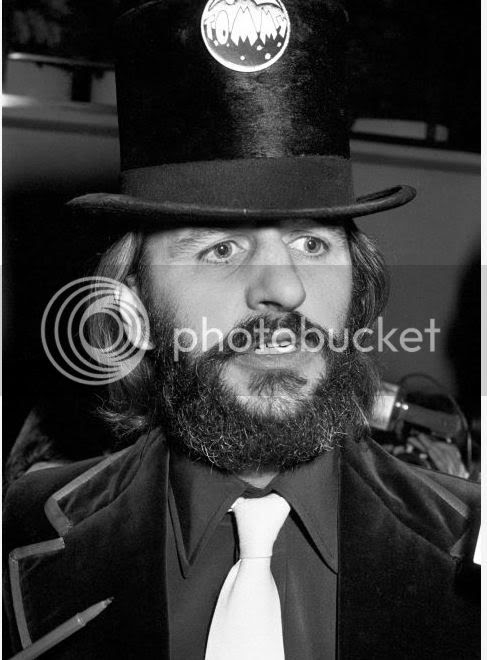 Having dispatched with much of the US Rock 'N' Roll promotion in a single phone call, John turned to the UK. Disc jockey and TV presenter Bob Harris, host of BBC2's Old Grey Whistle Test, flew to New York and filmed an interview with John at the Dakota on March 17th.

Accepting his fee in the form of Chocolate Olivers, John was relaxed, witty, and willing to discuss topics such as the American music scene, his telephone having been bugged, inebriated escapades with Harry Nilsson and Phil Spector, and his relationship with the other ex-Fabs. The interview would be broadcast April 18th, accompanied by two specially-shot performances of Rock 'N' Roll numbers (more on those in a future post).

Across the country, Paul and Wings were spending a few weeks in Los Angeles, adding the final overdubs to Venus And Mars and mixing tapes at Wally Heider Studios in Hollywood. On March 24th, Paul threw a launch party aboard the Queen Mary, permanently moored at Long Beach Harbor, to celebrate the LP's completion. Among those in attendance were George Harrison, Mal Evans, and Derek Taylor, along with Bob Dylan, Marvin Gaye, Mick Jagger, Carole King, Cher, the Jackson Five, and members of the Monkees and Led Zeppelin. 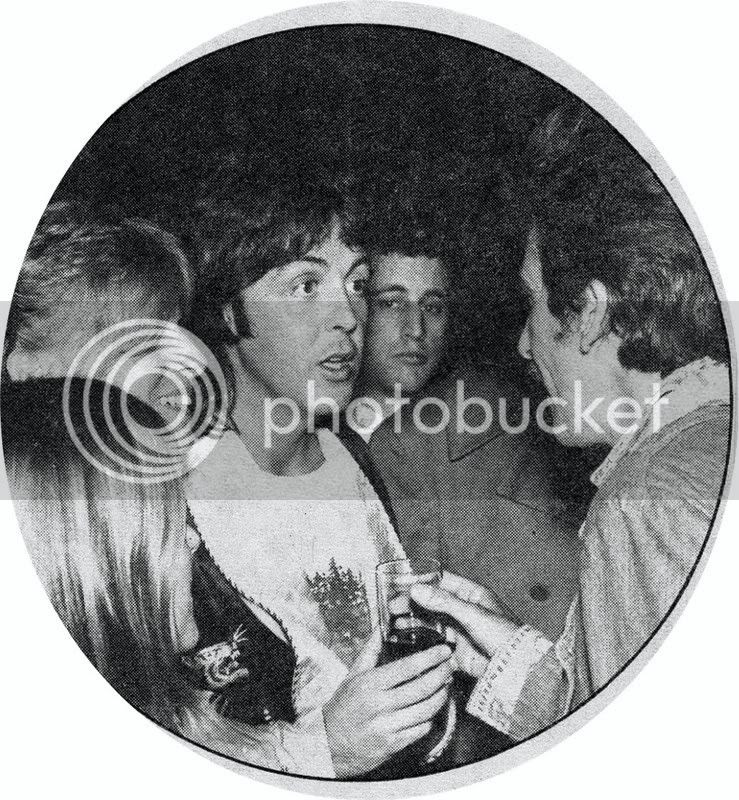 Shipboard entertainment was provided by a number of New Orleans-based acts, including the Meters, Lee Dorsey, Ernie K-Doe, and Professor Longhair. The Professor's influence pervaded Venus & Mars, from a namecheck in "Rock Show" to the outtake "My Carnival" and an unreleased cover of "Mardi Gras In New Orleans". His set was recorded and released as the 1978 LP Live On The Queen Mary:

During his stay in Los Angeles, Paul played bass on an unreleased single by Kenney Jones, then a member of the Faces, who also attended the Queen Mary bash. Kenney had recently played drums on the soundtrack of the Tommy film, and he and Paul and Linda attended the movie's Hollywood premiere on March 19th. The ridiculously star-studded occasion was covered by ABC's Wide World Of Entertainment, whose host David Frost interviewed the McCartneys during the after-party, although it was Elton John who stole the show:


On March 26th, Tommy had its London premiere at the Leicester Square Theatre, and Ringo was present, accompanied by Nancy Andrews. He was interviewed by Nicky Horne for Capital Radio's Your Mother Wouldn't Like It, which was broadcasting live from the cinema that evening. (Does anyone have copies of the Frost or Horne interviews?)

Posted by DinsdaleP at 2:37 PM