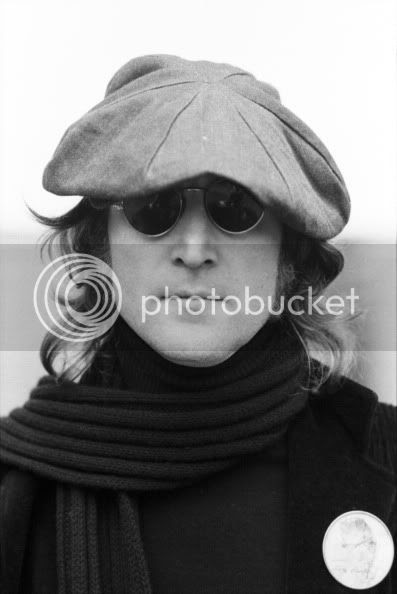 John Lennon spent the first half of October, 1974 in pre-production for the Rock And Roll LP. Having retrieved the tapes from the late 1973 Phil Spector sessions, he spent several days in the Record Plant listening to the material, remixing and editing and overdubbing (for instance, replacing his drunken lead vocal on "Just Because" with a fresh take that referred to the New York studio).

After celebrating his 34th birthday, John took one final lap in the Walls And Bridges promotional marathon. On October 10th at Capitol Records' New York offices, he spoke with Jim Ladd for the syndicated radio series Innerview. The finished broadcast includes plenty of Lennon and Beatles songs, and finds John reflecting on broad topics such as peace, philosophy, drugs, meditation, charity, and art. Another recording dated October 10th circulates, labeled Rock World, that mostly overlaps this one (which may indicate Ladd's interview was used in other shows); here is a unique bit from the alternate source.

On October 11th at the Record Plant, John took a phone call from Australia (showing up late to the 2PM appointment). This interview, with John O'Donnell of Melbourne's 3XY Radio, was more prosaic than the Innerview, basically describing each song on Walls And Bridges track-by-track. The interview exists in two forms: a very good quality (but heavily truncated) broadcast with O'Donnell's original questions, and a lesser quality (but complete) airing on Sydney's 2SM, with disc jockey Ron E Sparks dubbing in the questions. I've combined both sources into a full composite; John also read a station ID for 3XY, plugging "Rocktober".