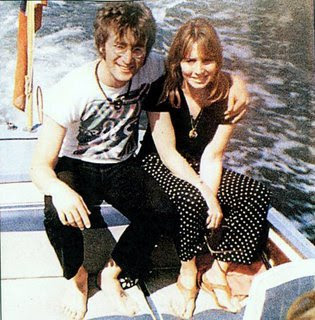 At the urging of their new electronics guru "Magic" Alex Mardis, the Beatles decided to take a holiday in Greece during the last week of July, 1967. Soaking up the warm Mediterranean sun and tripping the days away, they hatched elaborate plans to purchase an island, build a recording studio and homes for the entire Beatles clan, and pack up and leave chilly England for good.
Back in the sobering light of British day, once the legalities had been examined, the idea was abandoned. Ringo returned to London first, on the 26th, and five days later, he represented his bandmates in recording a farewell message to Radio London. The Marine Offences Act would be passed on August 14th, effectively shutting down all pirate radio stations off the UK's coast. Ringo's message was played on August 5th, Radio London's final broadcast day at sea.
Posted by DinsdaleP at 4:16 PM