When The Bubble Bursts 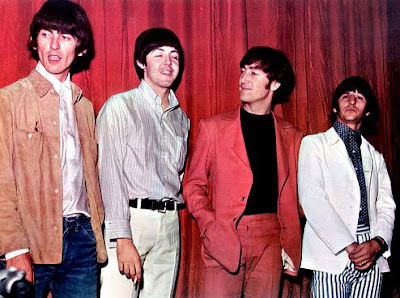 Kenny Everett switched on his tape recorder as the Beatles' flight from New York approached the Los Angeles airport in the pre-dawn hours of August 24th, 1966.

Rather than play in Los Angeles right away, the city (a rented private home in Beverly Hills) was used as a base for the final week of West Coast concerts. Their only task on the evening of the 24th was a press conference at the Capitol Records Tower, with more humorous moments than any previous 1966 conference. At the end, a reporter representing Dick Clark's ABC-TV show Where The Action Is tried to film exclusive interviews with George and Paul, but as you can hear, the result was unusable.