They're Gonna Crucify Me 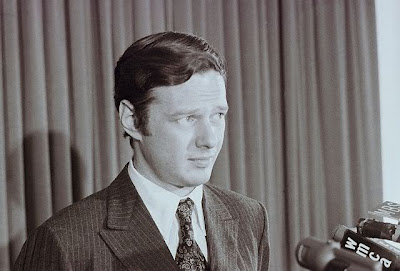 "Christianity will go. It will vanish and shrink. I needn't argue about that; I'm right and I will be proved right. We're more popular than Jesus now. I don't know which will go first, rock 'n' roll or Christianity. Jesus was all right but his disciples were thick and ordinary. It's them twisting it that ruins it for me."
This John Lennon quote, lying dormant in Maureen Cleave's March 4th, 1966 Evening Standard profile, sprang back to life in the first week of August, just in time to potentially derail the Beatles' North American tour.
The backlash was largely fomented by one radio station, WAQY in Birmingham, Alabama. WAQY's morning men, Tommy Charles and Doug Layton, leapt upon the opportunity to promote their show and station by boycotting Beatles music and organizing a bonfire in which teenagers could "burn their Beatle paraphernalia".
As the story took hold, particularly in the southeastern US, Maureen Cleave and others weighed in to defend John, but it was clear that some official response from the Beatles' camp would be needed. Brian Epstein flew to New York and held a press conference on the 6th, reading a prepared statement vetted by John.
Still, the American press were eager to hear an explanation, if not an outright apology, from Lennon himself. On August 10th, ITV News got a word or two out of Paul on a London street, but the world would have to wait until the following day, when the group flew to Chicago, to hear John face the music.
Posted by DinsdaleP at 2:46 PM