That's Why It's Terrible 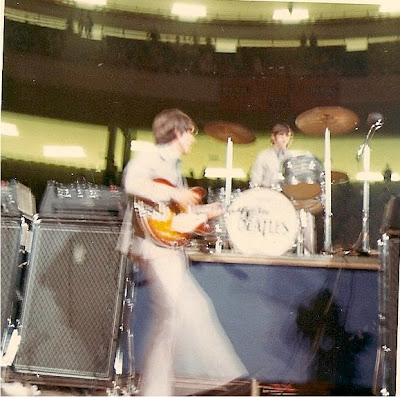 The August 1966 tour carried on with concerts in Detroit on the 13th, Cleveland on the 14th, and Washington, DC on the 15th. In the latter city, George was interviewed by Kenny Everett about the gradual deterioration of the Beatles' live performances.
At some point during this first week of the tour, Ringo and Paul recorded spots for WMCA-AM in New York to promote an upcoming "junior press conference", exclusively for fans to ask questions of their heroes.
Elsewhere, Ken Douglas interviewed fellow disc jockey/tourmate Jim Stagg about his experiences on the last two US tours, and promoter Ira Sidelle about the logistics of a Beatles tour. And while I'm at it, here is a Larry Kane interview with Sidelle from the 1965 tour which I neglected to post earlier.
Posted by DinsdaleP at 1:28 PM