stolen: THE BEATLES (aka A Studio Recording) 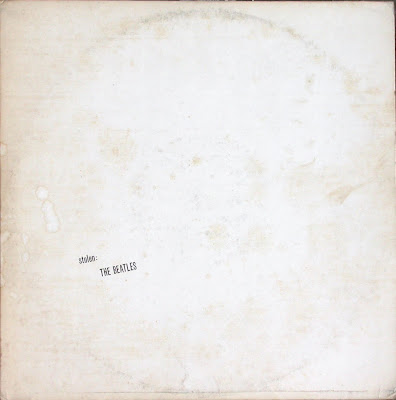 Most of the earliest Beatlegs stemmed from the same sources: tapes of two acetates prepared by Glyn Johns, containing rough mixes of material from the "Get Back" sessions at Apple. Copies of the tapes were circulating during the last few months of 1969, particularly after broadcasts on several US "underground FM" radio stations in September.
By Christmas, the first generation of bootleggers had begun to press the material on vinyl, and the albums, packaged in plain white sleeves, were selling in head shops by January, 1970. The most famous, and possibly the earliest, was known as Kum Back, available in original and slightly modified knock-off forms within months.
These LPs, and others such as Dig It!, were based on "Acetate #1" (compiled January 30th, 1969). Material from "Acetate #2" (compiled ca. May 2nd) appeared around the same time on the untitled "Silver Album", so named due to its shiny cover. A couple of months later, Lemon Records came out with Get Back, an LP combining material from both acetates.
Note that all these albums were available prior to the official release of the Let It Be LP in May, leading the bootleggers to guess at the titles of many songs. Such was the case for the Catso Records release A Studio Recording, issued around March, and stamped on the cover (my copy, anyway) with stolen: THE BEATLES.
Side 1:
- Let It Be
- Get Back
- Don't Let Me Down
- I've Got A Feeling
- Dig A Pony
Side 2:
- Teddy Boy
- Two Of Us
- For You Blue
- Across The Universe
Posted by DinsdaleP at 3:24 PM