In Concert At Whiskey Flat 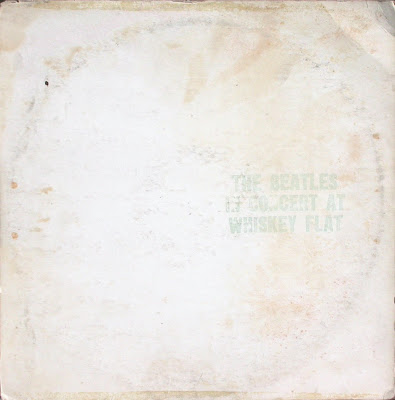 Towards the end of 1970, vinyl Beatlegs not taken from one of the Get Back acetates (or pirated from singles) finally began to surface. Renaissance Minstrels Volume I included songs from the legendary Ed Sullivan shows (sadly, Volume II was just copied from an earlier LP, Homogenized Beatles). Then there was Shea The Good Old Days, lifted from the Shea Stadium TV special.
In October 1970, the nascent Trademark Of Quality label produced another rubber-stamped album with the intriguing title In Concert At Whiskey Flat. The source turned out to be a 1964 concert in Philadelphia, and along with the Hollywood Bowl recording, it was by far the highest-quality live Beatles performance available for the first few years of Beatlegging. It was soon duplicated on albums such as Live Concert At Wiskey Flats and In Atlanta Whiskey Flat.
Side 1:
- Twist And Shout
- You Can't Do That
- All My Loving
- She Loves You
- Things We Said Today
- Roll Over Beethoven
Side 2:
- Can't Buy Me Love
- If I Fell
- I Want To Hold Your Hand
- Boys
- A Hard Day's Night
- Long Tall Sally
Posted by DinsdaleP at 1:24 PM