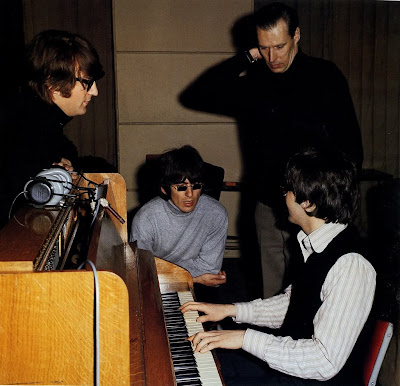 With a new single to promote ("Paperback Writer"/"Rain"), the Beatles recorded a chat segment for BBC Radio's Saturday Club. On May 2nd, 1966, they spoke with Brian Matthew (their final group interview with him) about the album in progress, and their summer touring plans. The conversation was included on the 400th edition of Saturday Club, aired June 4th.
Matthew then interviewed Ringo and Paul individually for Pop Profile. This unidentified recording of Paul talking about "Michelle" may originate from this date, or the later Lennon And McCartney Songbook special.
Posted by DinsdaleP at 2:32 PM