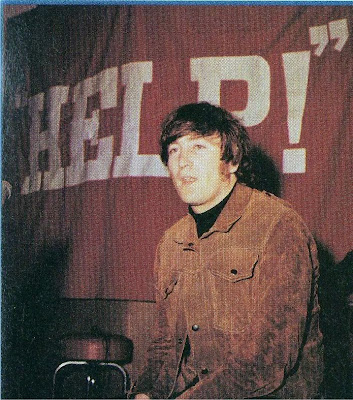 The Beatles' Los Angeles visit concluded with two concerts at the Hollywood Bowl, on August 29th and 30th, 1965. On the first day, they held a press conference at the Capitol Tower in Hollywood, concluding with a local TV interview and the presentation of gold discs for the Help! soundtrack album.
The concerts were recorded professionally by Capitol, and bits of the August 30th show were released in 1977 on the LP The Beatles At The Hollywood Bowl (the recording of the 29th suffered from technical flaws). The latter show was partially filmed by a newsreel crew, and some short color home movie footage also exists:
And what were local fans doing during the band's week-long Los Angeles stay? Circling overhead in helicopters, of course!
Posted by DinsdaleP at 3:43 PM