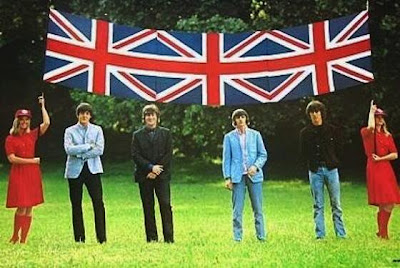 Paul McCartney began June of 1965 on holiday with Jane Asher in Portugal (where he finished composing "Yesterday"). On the 11th, news of the Beatles being awarded MBEs broke, and Paul was summoned back to London a day early to join his bandmates in a press conference.

The subsequent week was spent at EMI Studios recording "Yesterday" and other numbers for the new single and LP, while John occupied much of his spare time promoting A Spaniard In The Works.

On June 20th, the group flew to France, where they would perform two shows in Paris and two in Lyon. During their stay at the Hôtel George V, they were interviewed by Jacques Ourevitch for French radio. Chris Denning also caught up with the Beatles in Paris, chatting with them about the MBE honors, and talking to a fan on the street. (NOTE: some of Denning's interviews in this blog post are actually from the Paris recording, namely record requests for "Do You Want To Know A Secret", "I'll Follow The Sun", and "Thank You Girl".)