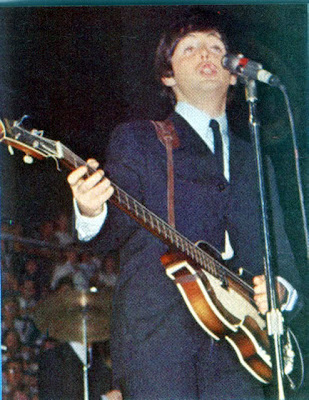 The second stop on the Beatles' 1965 North American tour was Toronto, a city they had visited in 1964. Once again, they were playing Maple Leaf Gardens, performing two shows on August 17th. Between the concerts, a press conference was held backstage.

From there it was on to Atlanta, a visit covered in an earlier blog post, where they played Atlanta Stadium on the 18th. As a bonus, here is a montage of farewells from Larry Kane's copious Beatle chats throughout the '64 and '65 tours, including one in Atlanta.

Posted by DinsdaleP at 4:21 PM