An Eloquence That Is Ineloquent 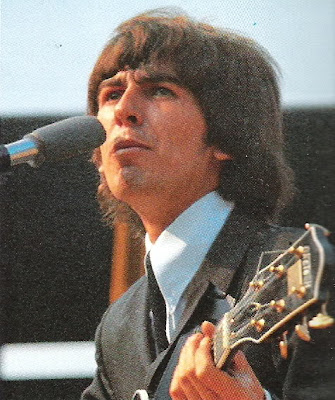 From Atlanta, the Beatles and company flew overnight to Houston, Texas, where their plane was swarmed by fans on the runway upon their 2 a.m. arrival. After a few hours of sleep at the Sheraton-Lincoln Hotel, they held a press conference, and then performed two shows at the Sam Houston Coliseum, with John's throat in rough shape.

The next city was Chicago, where John croaked his way through two more concerts at Comiskey Park. BBC Radio's Brian Matthew accompanied the group from New York through Chicago, accumulating material for a Light Programme special, The Beatles Abroad. In addition to interviewing the group at each stop, Matthew spoke with fans along the way. The raw tapes of his New York interviews can be found in an earlier blog post.

Posted by DinsdaleP at 4:39 PM