Toppermost of the Poppermost, Part 1 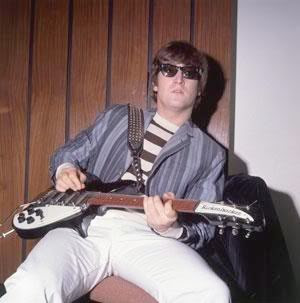 On July 14th, 1964, The Beatles recorded six songs and chat with host Brian Matthew for the debut episode of BBC Radio's Top Gear. Some of the content was then repurposed for the premiere of another BBC Radio venture, this time for broadcast in overseas markets.
Top Of The Pops (not to be confused with a UK TV series of the same title) was syndicated in America and other foreign territories via transcription discs, and it's thanks to these discs that high-quality versions of many Beatles performances have survived (the session and broadcast master tapes having been trashed soon after airing).
The first edition of Top Of The Pops was actually a "preview episode", and exists in two slightly differing edits, numbered "Edition #0" and "Edition #00". Here are the introductions for each, with alternate voice-overs by Matthew, and a bit of John Lennon chat appended to the second:
intro #0
intro #00
The Beatles appeared three further times in the episode; since all three are identical between the two versions, I've uploaded them from the slightly cleaner Edition #0.
Long Tall Sally
chat/A Hard Day's Night
Things We Said Today/outro
This episode would have been aired in October, 1964. The Beatles made several more appearances on Top Of The Pops, which I'll examine in subsequent posts.
Posted by DinsdaleP at 1:15 PM