When The Night Is Cloudy 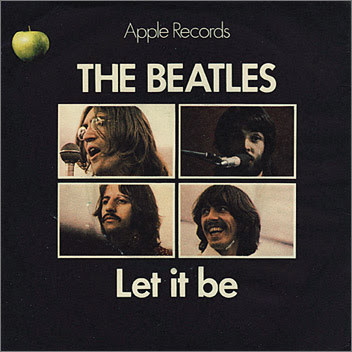 The "Let It Be" single was finally released March 9th, 1970 in the UK, and two days later in the US. On the 11th, George Harrison sat down with BBC Radio's Johnny Moran for a lengthy and wide-ranging interview covering George's recent studio activity with Jackie Lomax, Billy Preston, Doris Troy, and the Radha Krishna Temple, as well as the Let It Be album and film, and the Beatles' future.
A short extract of the interview was aired on Scene And Heard March 15th, but the majority was aired March 30th as a special, The Beatles Today. Because Phil Spector was still mixing and overdubbing the Let It Be album, the BBC opted to air a couple of tracks ("Dig A Pony" and "Dig It") from Glyn Johns's unused version of the LP.
The Sentimental Journey album came out March 27th in the UK, and Ringo spent the last half of the month promoting it. On March 25th, he chatted with David Wigg for Radio 1's Scene And Heard, with the interview aired in two parts on the following two Sundays.
On the 29th, Ringo appeared live on LWT's Frost On Sunday to introduce a promo clip of the LP's title track. Two days later, he and DJ Pete Murray spun records live on Radio 2's Open House; Ringo also taped an open-ended interview discussing Sentimental Journey track-by-track for Radio Luxembourg, aired April 11th.
Posted by DinsdaleP at 1:10 PM