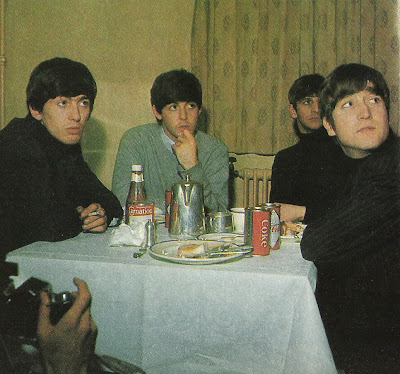 On November 5th, 1963, the morning after their Royal Variety Show performance, The Beatles sat for an interview conducted in an unusual fashion. While driving around London, they were filmed two at a time in the back seat of a limo, first George and Ringo together, then John and Paul.
The result was nine minutes of discussion about their popularity, love lives, and hairstyles, less than two minutes of which are circulating, although the entire segment has survived. The footage was aired November 7th on Associated-Rediffusion's This Week.
Posted by DinsdaleP at 3:28 PM