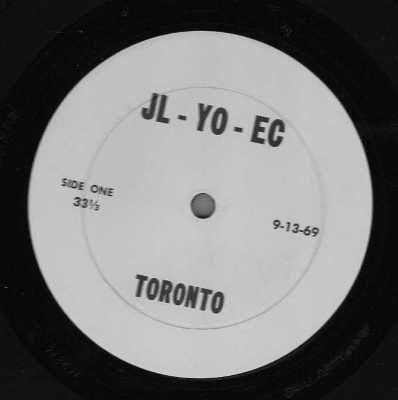 By request, here is the earliest Beatles-related bootleg, a mega-obscure LP containing an audience recording the Plastic Ono Band's performance at the Toronto Rock And Roll Revival, September 13th, 1969.
I don't have the actual LP, but here's a rip of a CDR that has been circulating from a needle-drop. Although it was produced in very limited quantities, it apparently inspired Apple to release the official concert album, Live Peace In Toronto.
Side 1:
- Blue Suede Shoes
- Money (That's What I Want)
- Dizzy Miss Lizzy
- Yer Blues
- Cold Turkey
Side 2:
- Give Peace A Chance
- Don't Worry Kyoko (Mummy's Only Looking For Her Hand In The Snow)
- John, John (Let's Hope For Peace)
Posted by DinsdaleP at 2:33 PM