Road To A Koala Bear 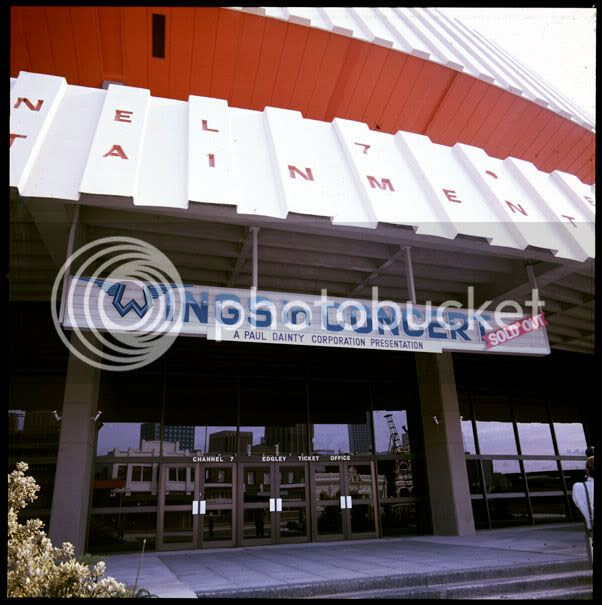 On October 28th, 1975, Paul McCartney and Wings arrived in Perth to begin the Australian leg of their tour. Beatlemania had not subsided since the wildly successful June 1964 tour, and most of the shows sold out quickly, with second nights added in four of the five cities.

The opening night concert in Perth was held at the Entertainment Centre on November 1st; portions of the performance were aired on Melbourne's 3XY Radio. Backstage following the gig, 3XY's John O'Donnell spoke with Paul and Linda.

The following day, a press conference was held at the Cottesloe Civic Centre; the event was humorously hijacked by faux-reporter Norman Gunston, who had announced his intentions ahead of time. The conference received wide radio coverage on 3XY and elsewhere, and Gunston's antics were aired on his ABC TV series The Norman Gunston Show:

After spending a couple of days relaxing in Perth, Wings flew to Adelaide for two concerts at Apollo Stadium on the 4th and 5th. Paul was interviewed for Adelaide radio on the 5th prior to the final show (also included is an interview with trombonist Tony Dorsey in Melbourne later in the tour).

They continued on to Sydney November 6th, where an impromptu "press conference" took place on the tarmac at Mascot Airport. Both the following nights' shows at the Hordern Pavilion were sellouts, and Paul spoke with a reporter from 2UE Radio after the last performance on the 8th.

Posted by DinsdaleP at 4:46 PM