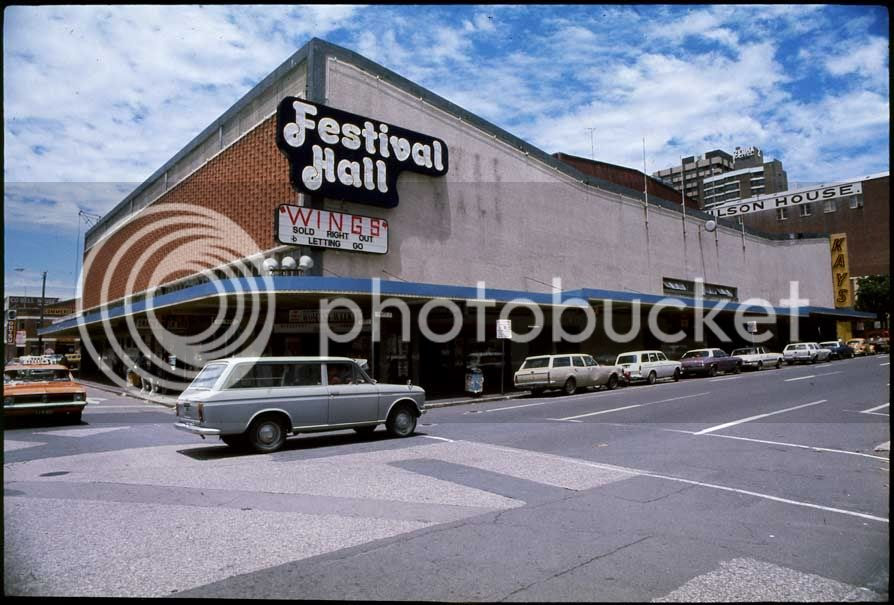 Wings' 1975 Australian tour continued November 10th and 11th with concerts at Festival Hall in Brisbane. Here is a selection of interviews said to be from Brisbane, including more with Norman Gunston and Paul's thoughts on Patty Hearst.

Three concerts at Tokyo's Budokan Hall were scheduled to follow the Australian jaunt, from the 19th-21st. These were cancelled on November 11th, when Japan's Minister of Justice denied the band visas due to Paul and Linda's March, 1973 cannabis charge. Paul spoke to reporters about it upon arrival in Melbourne the next day.

The opening night show at Melbourne's Myer Music Bowl on the 13th was filmed for a TV special, allowing Australian fans who couldn't get a ticket to experience Wings in concert. It was also broadcast on Japanese TV and radio, to make up for the cancelled shows in Tokyo:

Backstage following the concert, Wings filmed an interview for the Mike Walsh Show, aired November 15th on the 0-10 Network:


On November 14th, prior to the final show of the tour in Melbourne, Paul filmed a brief and awkward apology to Japanese fans, presumably to air in tandem with the concert film and radio broadcast:

Wings headed back to London November 15th and spent the remainder of 1975 enjoying a rest before returning to the studio early in the new year. Their latest British single, "Venus And Mars/Rock Show", was released November 28th, accompanied by a promo clip filmed during the UK leg of the tour:

Posted by DinsdaleP at 3:14 PM