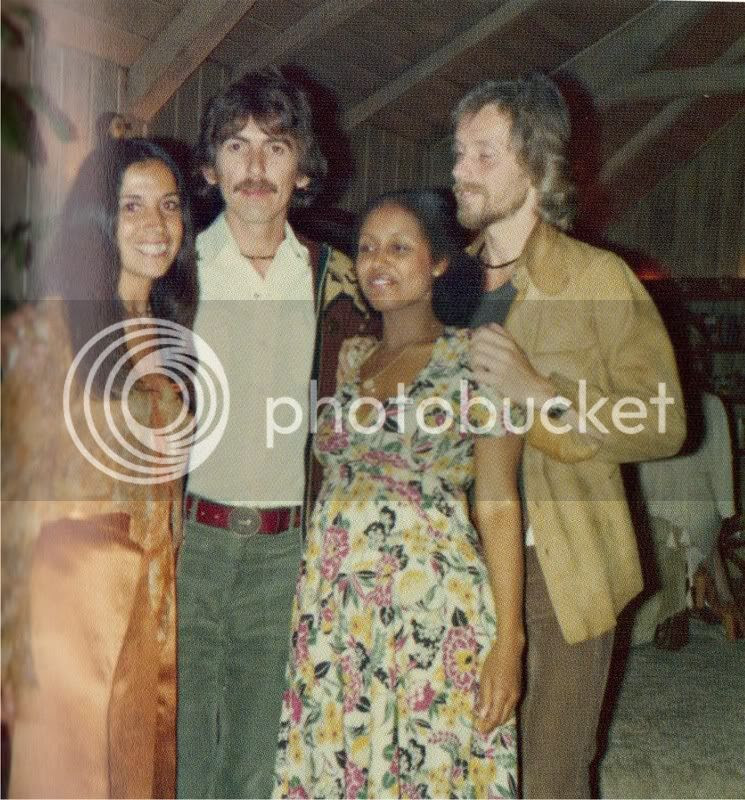 On April 21st, 1975, George went back in to the studio to begin work on a follow-up LP to Dark Horse. Working at A&M Studios in Los Angeles, he spent the next three weeks working with studio musicians from the group Attitudes (who would soon record a single for the Dark Horse label), taping backing tracks for what would become Extra Texture (Read All About It).

During a weekend break in the sessions (most likely April 26th or 27th), George was interviewed by DJ Dave Herman for the syndicated DIR radio special A Conversation With George Harrison. The program, aired in two parts during May, went all the way back to George's childhood, and touched on Slim Whitman, Lonnie Donegan, and grammar school. Pete Ham of Badfinger had committed suicide on the 24th, and George lamented the loss, tying it in with the general air of negativity which led Rolling Stone to eviscerate his recent tour.

In discussing the Dark Horse label and where the ex-Beatles might end up when their EMI contract expires in January 1976, Herman brings up Ringo's new vanity label, Ring O'Records. Ringo had officially launched the label with a press conference on April 4th, and its first release was David Hentschel's Sta*rtling Music.

Ringo and Nancy Andrews flew from London to Los Angeles on April 9th to promote the label, and no doubt hung out with George and Olivia (they attended Nancy's birthday party on May 14th). While in California, Ringo taped a guest appearance on The Smothers Brothers Show, performing his current hit single "No No Song" alongside Tom and Dick. The episode was aired April 28th on NBC:

Ringo had also contributed drums to "More And More", a track from Carly Simon's new album Playing Possum, which was produced by Richard Perry and released April 21st in the US:

PS - Thanks to mg for pointing out Black Cat's upgraded version of John Lennon's Rock 'N' Roll conference call, which can be found here.

Posted by DinsdaleP at 2:56 PM