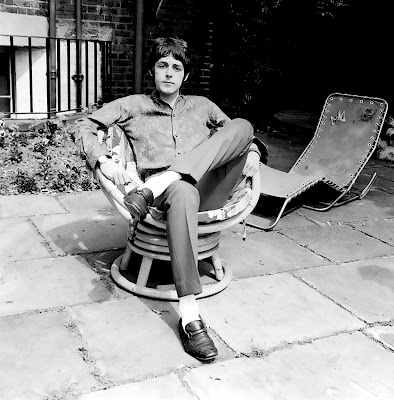 Sgt. Pepper's Lonely Hearts Club Band was launched with a press event at Brian Epstein's London flat on May 19th, 1967. A day later, Kenny Everett broadcast most of the LP for the first time on BBC Radio's Where It's At, accompanied by exclusive interviews with John, Paul, and Ringo.
The album was released June 1st to near-universal acclaim, kick-starting the Summer of Love. But before the calendar had officially turned to summer, Paul McCartney found himself in hot water for comments about LSD. In the June 16th issue of Life magazine, he was quoted as saying, "After I took it, it opened up my eyes... If the politicians would take LSD, there wouldn't be any more war, or poverty or famine."
Of course, many pop stars had been experimenting with LSD for the better part of two years, including Paul's bandmates, but this first public admission came as a surprise to most of the British public. Paul spoke at home with an ITV News interviewer on June 19th, and turned the questions around, wondering why media outlets would disseminate this "news" if they were worried about it corrupting the youth of the world.
All was forgiven and forgotten a week later when the Beatles represented their homeland on the global telecast Our World, singing "All You Need Is Love".
Posted by DinsdaleP at 3:25 PM