Much Too Common For Me 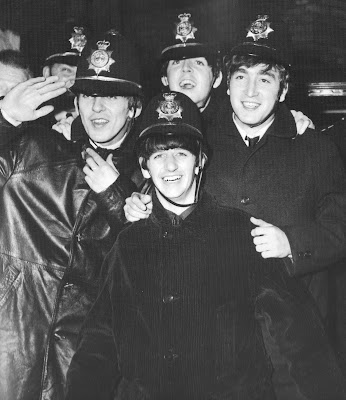 46. Sir C. Taylor asked the Secretary of State for the Home Department whether he will give instructions that the Beatles should no longer receive police protection in the London area from their admirers.

Mr. Woodhouse : It is the duty of the police to take any necessary steps to prevent disorder or breaches of the peace, whatever the nature of the occasion. The steps to be taken in relation to any particular event in the Metropolitan Police District must be for the Commissioner of Police to decide.

The above point was raised in the House Of Commons on November 21st, 1963 by Sir Charles Taylor, MP for Eastbourne. The Beatles were performing that evening at the Carlisle ABC, and were asked about the matter in an interview filmed prior to the first house.

Here are a couple of recordings from John's personal tape archive, recorded circa autumn of 1963. First is Cynthia conversing with baby Julian, followed by a reading of "The Clinic", presumably an unpublished verse of John's, from the same tape.