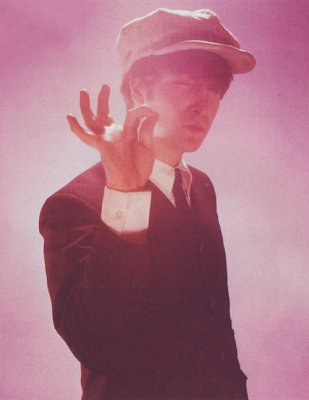 On January 14th, 1964, 3/4 of The Beatles left London Airport bound for Le Bourget airport, Paris. Upon their arrival, they spoke to a radio reporter and explained Ringo's temporary absence.
They played a warm-up show in Versailles the next night, then began a residence at L'Olympia in Paris, performing alongside Sylvie Vartan and Trini Lopez for 15 days through February 4th. On opening night, January 16th, they were interviewed by Michel Lemaire for a Belgian radio series, Les Moins de 20 ans.
Their most notable Paris interview was conducted in their suite at the Hotel George V on the afternoon of January 24th. American Forces Network radio reporter Harold B. Kelley waited patiently for the late-risers to sit for an interview, George still in his hotel bathrobe, aimed at introducing the lads to an American audience in preparation for their imminent US visit. It was broadcast the following day on Weekend World.
Posted by DinsdaleP at 1:33 PM