When You Got A Job To Do 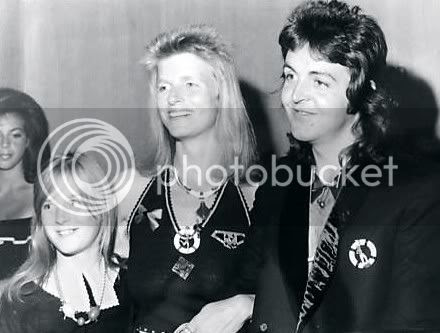 Wings' fifth single, "Live And Let Die"/"I Lie Around", was released June 1st, 1973 in the UK (and on Paul's 31st birthday in the US). It reached the top 10 in the UK and spent three weeks at #2 on Billboard's chart, stuck behind "The Morning After", "Touch Me In The Morning", and "Brother Louie".
The song served as a great teaser for the movie Live And Let Die, which had its London premiere on July 5th, attended by Paul and Linda (and Heather) McCartney. The date fell in the middle of a quick Wings tour; in fact, a potential gig in Stoke-on-Trent was scrubbed so the couple could attend the film.
The tour had opened July 4th in Sheffield, and continued on the 6th in Birmingham. Backstage prior to a July 9th concert at Leicester's Odeon Theatre, Paul was interviewed by John Mitchell. The result was used in an updated version of BBC Radio's documentary series The Beatles Story (first aired in 1972, and overhauled a second time in 1974), and Paul was asked his opinion of the original broadcast.
Also on July 9th, Paul and Linda were interviewed for an American broadcast, possibly by Fred Robbins, who had been conducting Beatle interviews since 1964. The recording was bizarrely repurposed later in the year for an open-end LP to promote Band On The Run, in which American disc jockeys could have the thrill of pretending to ask Paul questions about an album he hadn't even recorded yet at the time of the interview!
The mini-tour concluded July 10th at Newcastle City Hall, and the gig was professionally recorded. The tape was never used, possibly because it ended up being the final project for this lineup of Wings. By the time Paul was ready to fly to Lagos, Nigeria in August to record the next LP, he found himself two band members short.
Posted by DinsdaleP at 2:38 PM