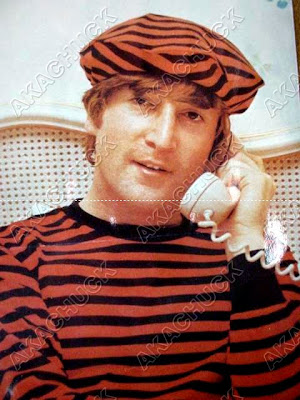 From Chicago, The Beatles flew to Detroit for two shows on September 6th. That night, it was on to Toronto, where they landed at Malton Airport just after 12:30 am on the 7th, greeted by hundreds of fans.
Between shows that evening at Maple Leaf Gardens, a press conference was held, after which a local TV reporter interviewed the band onstage. He also chatted with some of the teenagers who came into contact with the Fabs at the venue.
The entire visit was covered by CBC-TV for a brand-new public affairs series, This Hour Has Seven Days. The segment, aired on the debut episode October 4th, included footage of the concert, press conference, and their departure from Toronto International Airport the next morning.
Posted by DinsdaleP at 3:26 PM