How Does It Feel To Be Put On? 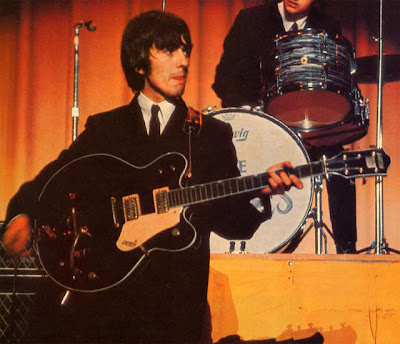 September 13th, 1964 found The Beatles crossing two more concerts off their list, at Baltimore's Civic Center.
Between the shows, they slogged through another press conference, and spoke individually to Ed Rudy (or rather, someone representing Ed's "Radio Pulsebeat" team, possibly Jay Levy), WWDC-AM's Carroll James, KYW-AM's Jim Stagg, and WFUN-AM's Larry Kane.
From Baltimore it was on to Pittsburgh for a show at the Civic Arena on the 14th, covered in an earlier blog post. Here's a longer version of the fan interviews, and an upgrade of the TV interview, from a WABC-TV documentary, Beatlemania.
Posted by DinsdaleP at 3:11 PM