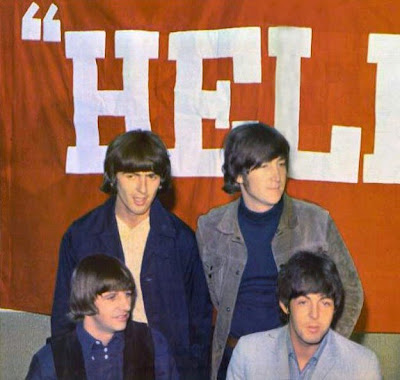 On August 29th, 1965, The Beatles visited the Los Angeles headquarters of their US label. At the Capitol Records Tower in Hollywood, radio, TV, newsreel, and print journalists assembled to cover the Beatles' press conference, presided over by Tony Barrow. Capitol's president Alan Livingston listened as the group disparaged his company's version of the Help! LP, and then presented them with a Gold Record award for it.
Here is a 36-minute composite recording of the press conference, created from five sources (film footage, an unreleased audio tape, two interview CDs, and a bootleg CD).
Posted by DinsdaleP at 7:39 PM