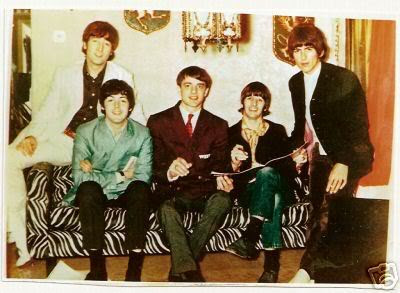 August 14th, 1966 saw The Beatles' last tour visit Cleveland for a concert at Cleveland Stadium.
Prior to the show, they were interviewed by Cleveland-based disc jockey Jerry G. Bishop, who had traveled with the group throughout their 1965 North American tour.
Taking the trip this year was Ken Douglas, who spoke with Ringo and then brought his recorder to the concert. During "Day Tripper", hundreds of fans broke through police barricades and ran towards the stage, causing a temporary delay. Douglas captured both the chaos and the recommencement of the performance with "I Feel Fine".
Also present were Kenny Everett, who filed a report for Radio London, and reporter Bess Coleman, who taped this wrap-up.
Posted by DinsdaleP at 8:07 PM