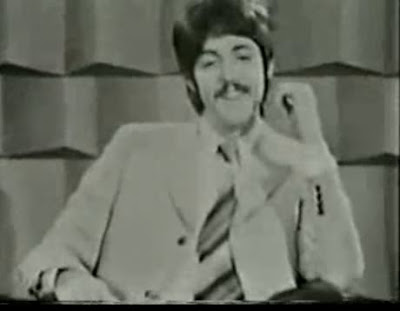 On January 18th, 1967, a few weeks into the Sgt. Pepper sessions, Freddie Prinze - er, I'm sorry, Paul McCartney sat down for a filmed interview to discuss the burgeoning psychedelic scene for the benefit of Granada TV's viewers. Excerpts of the interview were used in the Scene Special documentary "It's So Far Out, It's Straight Down", aired March 7th.
Another snippet appeared in a 1971 Guinness Book TV special, The Record Makers, and more recently further extracts were issued on a DVD. I've stitched all the available bits together into a recording lasting 6:41:
Far Out
Posted by DinsdaleP at 4:21 PM