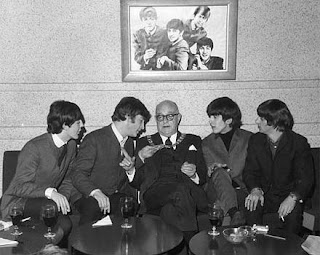 Between taping Around The Beatles and an episode of From Us To You, The Beatles flew to Scotland and squeezed in concerts in Edinburgh and Glasgow. On April 29th, 1964, they were interviewed by Moira Furmage for the Forth Radio Network, which provided programming to eleven hospitals across Scotland:
Forth Radio 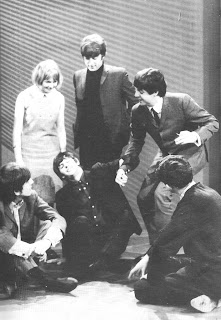 The following day, The Beatles journeyed to Scottish Television's Theatre Royal studio in Glasgow to tape an appearance on Roundup. The interviewers were Morag Hood and Paul Young:
Roundup
Posted by DinsdaleP at 9:22 PM