The Wonderful and Talented... Thingy 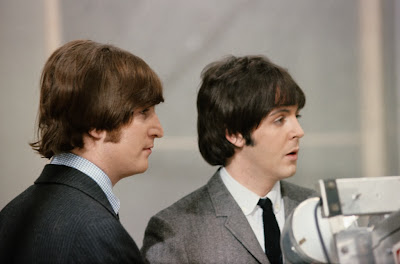 Rubber Soul sessions continued apace throughout October, 1965, interrupted only by a visit to Buckingham Palace on the 26th.
The first two days of November were taken up with rehearsals and videotaping of a 50-minute special for Granada TV. The Music Of Lennon & McCartney featured a number of acts performing John and Paul's compositions, including the Beatles' mimed renditions of "Day Tripper" and "We Can Work It Out", already slated for their next single. John and Paul were given the task of "hosting" the show, introducing most of the guests with rather stilted dialogue.