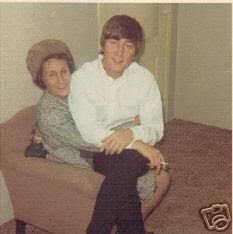 The Beatles made their first and only group visit to New Zealand on June 21st, 1964. That morning, they caught a flight from Sydney, Australia, to Wellington. Bob Rogers taped an interview with the band en route, discussing John's imminent reunion with his aunt Mimi.
When they arrived at the Hotel St. George, they filmed a TV interview, and all but Paul spoke with reporter Doreen Kelso, who had filed a report on the group's arrival. Two days later, with the first New Zealand shows behind them, they killed time in the hotel suite chatting with Bob Rogers (George was absent, penning a letter home).
Posted by DinsdaleP at 2:15 PM