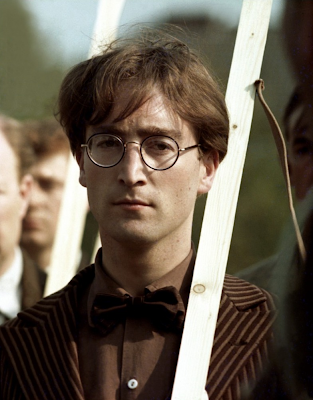 This is one of my favorite John Lennon interviews. In the autumn of 1966, John traveled to Germany and Spain to film a supporting role in Richard Lester's movie How I Won The War.
Towards the end of October 1966, as shooting was winding down, entertainment reporter Fred Robbins visited the film set in Almeria, Spain, and taped a lengthy conversation with Lennon for his syndicated radio show Assignment: Hollywood.
Halfway between the end of Beatles touring and the start of the Sgt. Pepper sessions, John was at a crossroads in his life. In this interview, he sounds weary and ruminative, a feeling captured in his contemporaneous composition, "Strawberry Fields Forever".
Posted by DinsdaleP at 1:49 PM