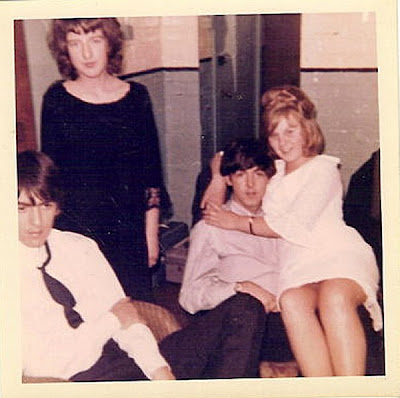 The Beatles finished recording Beatles For Sale on October 26th, 1964, then headed back on the road.
October 29th found them at the ABC Cinema in Plymouth, where they mingled with the press, including BBC reporter Michael Rinehold. Two nights later, they were at the Gaumont in Ipswich, where they chatted with Anglia TV correspondent John McGregor.
The tour concluded November 10th in Bristol, and the rest of November was filled with promotional appearances for their new single and upcoming LP. TV appearances included Thank Your Lucky Stars, Top Of The Pops, and Ready, Steady, Go! They also taped sets for BBC Radio's Top Gear and Saturday Club.
Posted by DinsdaleP at 1:44 PM