Ten Years After at Strawberry Studios 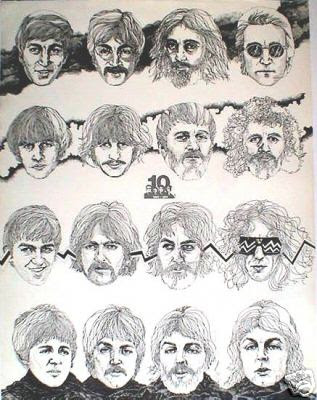 The first single pulled from Band On The Run was "Jet", issued January 28th in the US with "Mamunia" on the B-side, but quickly withdrawn when Paul changed his mind and switched the flip to "Let Me Roll It", matching the UK B-side. The song reached #7 on Billboard and #4 on Melody Maker's chart.
Paul spent the first two months of 1974 at Strawberry Studios in Stockport (just outside Manchester) producing an album for his brother, Mike McGear. As well as writing or co-writing most of the songs on the LP, Paul played bass, guitar, and keyboards throughout. He, Linda, and Denny also provided backing vocals, making it a de facto Wings LP with Mike as the lead singer:
The sessions were also sort of an audition process for the new Wings lineup, as Jimmy McCulloch played lead guitar, and Gerry Conway played drums. On February 7th, Paul spoke via telephone from Liverpool to Jay Stone of KSLQ in St. Louis; despite his assertion during the interview, Gerry Conway would not join Wings, and the search for a new drummer would continue.
February 7th, 1974 also happened to be the 10th anniversary of the Beatles' momentous first arrival in New York, and Capitol Records put together a campaign celebrating the "Beatles Decade". 30-second and 60-second radio spots were produced, along with a TV commercial pushing the group and solo back catalogs.
Posted by DinsdaleP at 1:02 PM