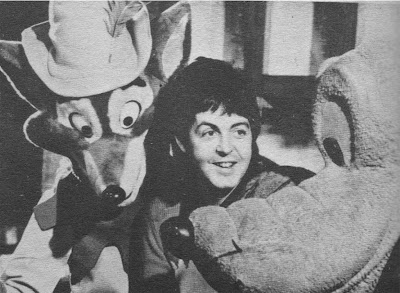 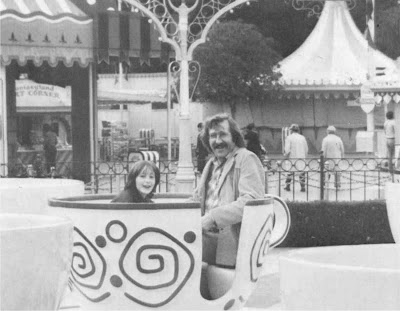 John's promotion for Mind Games continued in late November 1973 with a trans-Atlantic telephone interview with Tony Prince. It was aired December 9th on the series Rock Present, Roll Past. In addition to running through each track of the album, John talked about his current relationship with his ex-bandmates and with Yoko, disingenuously denying any romantic involvement with May Pang.
Their relationship was stormy at this point, with John sending May back to New York for a couple of weeks, where she resumed working for Yoko. But he was soon overwhelmed by loneliness, and May returned to be with him in Los Angeles on December 6th.
Meanwhile, the oldies sessions with Phil Spector and company had fallen apart. After being kicked out of A&M Studios at the end of November, they tried three more recording dates at the Record Plant in December before taking a break for the holidays. It turned out to be a permanent break, as Phil was reportedly involved in a car accident in February and went into seclusion for most of 1974.
John closed out 1973 with a visit from his son Julian, and accompanied by Mal Evans and guitarist Jesse "Ed" Davis, the father and son spent some timeover the holidays bonding at Disneyland. Coincidentally, back in England, Paul and Linda were also spending time with Disney characters, hosting the Boxing Day edition of Disney Time on BBC1. Their introductions were taped December 16th, and the program still exists in the BBC archive (but remains uncirculated).
Posted by DinsdaleP at 1:17 PM