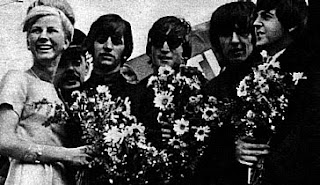 On July 28th, 1964, The Beatles flew from London to Stockholm, Sweden. Before deplaning at Arlanda Airport, they spoke with their old pal Klas Burling:
On the plane 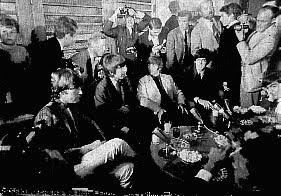 A few hours later, a press conference was held at the Hotel Foresta.
The Beatles were in a silly mood that day, as evidenced by this TV interview with Torsten Ljungstedt:
And then there is this piece of lunacy: 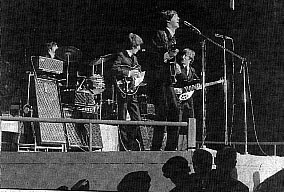 Four chaotic concerts were performed at the Johanneshovs Isstadion over the next two days. Here's some audience noise and introductions from one of them (most likely the first show on the 28th). 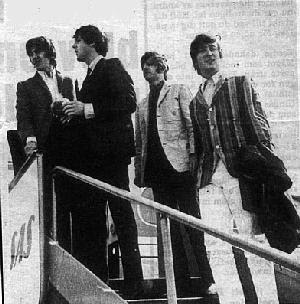 Finally, Klas Burling taped a lengthy interview with Paul on the 29th, as well as brief chats and record requests from Ringo, George, and John.
Posted by DinsdaleP at 3:27 PM