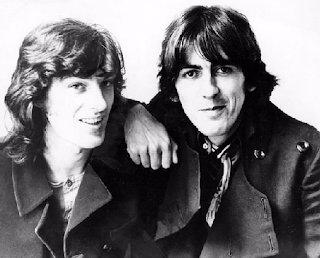 A truncated but clearer and sparser mix of George's "Sour Milk Sea" demo for Jackie Lomax was broadcast this week on BBC radio. As it's lacking the layer of overdubs heard on John Lennon's copy of the Esher demos, it reinforces my theory that most of the demos were done independently and then copied/overdubbed at a group session, resulting in the versions we know from John's tape. I hope Olivia and Dhani release more of these soon!
"Sour Milk Sea"
Posted by DinsdaleP at 4:26 PM