Karate Chaos In The Backyard 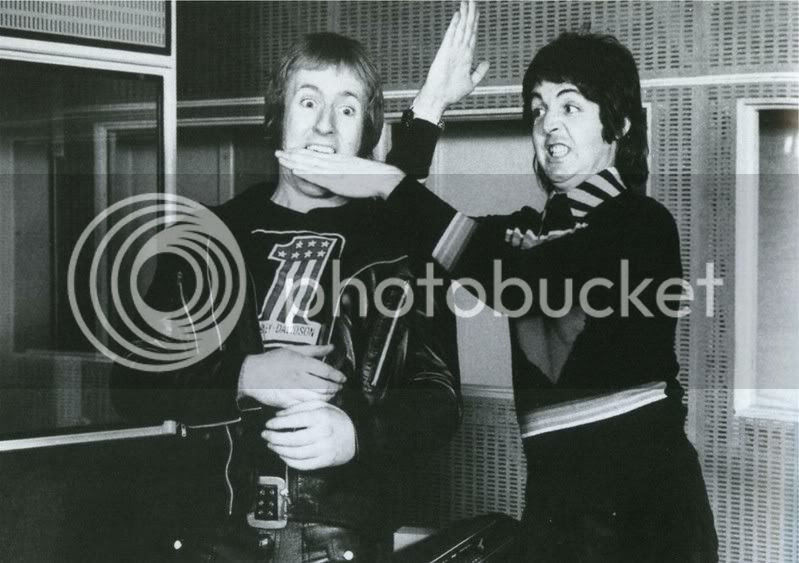 Following their successful Nashville trip, Paul decided to continue rehearsing the new Wings lineup in London, this time in the familiar surroundings of Abbey Road's Studio 2.
With Geoff Emerick engineering and an MPL camera crew filming the proceedings, Paul, Linda, Denny, Jimmy, and Geoff ran through 20 or so numbers. Shooting actually began August 24th with Paul performing a solo acoustic set in the Studios' small garden courtyard. The result was a short film which came to be known as The Backyard:
None of the backyard footage was used in the completed hour-long production, titled One Hand Clapping. Live band performances were shot on August 27th and 28th, including this smoking version of "Soily":
Paul bookended the filming with another solo set on August 30th, this time at the piano:
One Hand Clapping was never screened in finished form, although most of it was included on a bonus DVD with the 2009 Band On The Run remaster. The Yellow Cat CD featuring excellent stereo mixes from these sessions is a must-listen, showcasing Wings at its tightest, performing some of Paul's best material.
Back in America, John was about to begin the biggest promotional push yet for any of his solo albums, and his most concentrated series of media appearances since the Bed-in days. The Walls And Bridges blitz began in Los Angeles early in the morning of September 20th. KHJ-AM was hosting "Superstar Week", with a different celebrity filling in each day for DJ Charlie Van Dyke.
John was the Superstar for the Friday slot, and managed to drag himself to the studio at 6AM (or perhaps he just stayed up all night) to begin the morning shift. His energy level remained high for the next 2.5 hours as he took requests and chatted with callers, did time checks and read local ad copy, and plugged the new album by spinning several tracks and airing a specially-taped radio spot he'd done with Ringo a couple of weeks prior.
Later on the 20th, John spoke via telephone to his old pal Kenny Everett, now working at Capital Radio in London. It would be Kenny's last interview with John.
Posted by DinsdaleP at 12:04 PM