At The Starting Gate 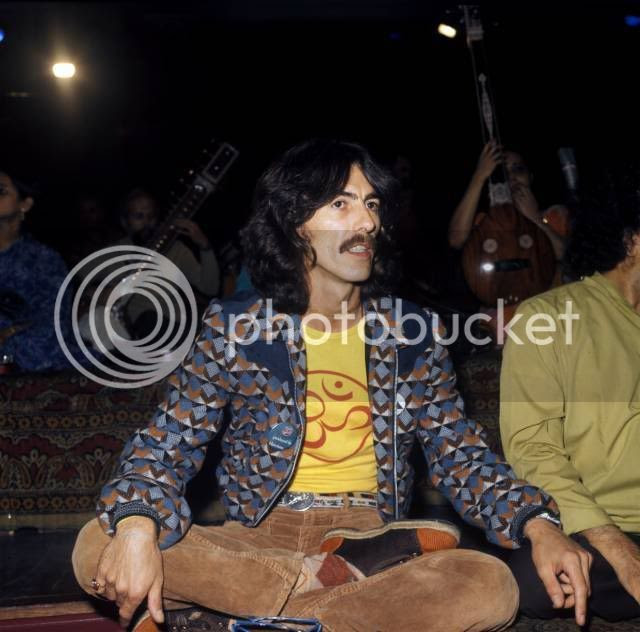 While he had been typically quiet in the public sphere throughout 1974, George's private life and musical activities had kept him busy. His eight-year marriage to Pattie Boyd had disintegrated following infidelities on both sides, and George found himself alone at home with a lot of time on his hands.

In March, he spent a few days in the studio producing an LP for Ravi Shankar in Los Angeles; Shankar Family & Friends featured short individual songs on one side and an ambitious ballet suite, composed by Ravi, on the other. The first single from the album was the lovely Indian-flavored pop song "I Am Missing You":

On May 23rd, George finalized a deal to found a new record label, Dark Horse Records, to be distributed worldwide by A&M. With Apple now pared back to a bare-bones staff, the company couldn't focus on promoting anything more ambitious than ex-Beatle product. George figured it would be easier to start his own company to cultivate artists such as Ravi Shankar and the duo Splinter.

As we've seen earlier, George had produced a song by Splinter for a film soundtrack, and he was so taken with their ability that he agreed to produce a full album at his home studio, FPSHOT, that spring. George played guitar on nearly every number, and used friends such as Gary Wright, Billy Preston, Jim Keltner, and Alvin Lee to provide musical support. The LP, The Place I Love, was issued on Dark Horse in September, trailed by the single "Costafine Town":

In mid-August, George sat down with DJ Nicky Horne and recorded an interview to launch the Dark Horse label and promote the first two signings. Issued to stations as Dark Horse Radio Special in September, the disc finds George discussing Splinter, the film Little Malcolm, his home studio, the Material World Foundation, the new label, Indian music, and the concept of karma. He also drops a couple of clues to his now-rabid Monty Python fandom by quoting the Lumberjack sketch and making a downright obscure reference to David Niven's fridge!

Posted by DinsdaleP at 2:42 PM